Beautiful and exciting Turkey. Every city has a main bus terminal which makes it easy. Turkey's bus transportations are very good developed and its not hard to get around at all. Just be sure to check the place of the terminal and the schedules of your destination, ways before you depart.

We docked on the Bodrum harbour on the 30th of June and stayed at a quiet shady spot in the city. Some pension on a dark side street. Not a biggi tho. The next day we took a over night bus for a 12 hour ride to Kash, where we stayed at Hilal Pension. I got quiet sick on the ride, especially when the road turns very windy, but oh well. What can you do. Getting closer to Kash we are driving along the coast with the bus. Its a beautiful ride as you can see Kash from far and the ocean just looks pretty. The Pension is a family business and are very friendly and helpful. They organized for us and some others to go diving one day. They drove our group in the morning to the harbor and made sure, that we where getting on the right boat. For dinner you can choose to participate in the in house buffet they are making for a very fair price (see website). And the dinner was always delicious!

After Kash we took another bus (we mostly took busses within Turkey) taking us to Antalya and then a cap to Climbers Garden. A camp side for climbers at a very nice climbing area in Geyikbayiri, northwest of Antalya. As far as I remember there are buses three times a day that take you from Antalya city center to the camp, morning, noon and evening. We stayed here for one week and we had a great time! Murat, the 'house keeper' of the camp, is such a friendly host. He would cook for everyone ones in a while and even does the barbecue. The climbing there is a little bit Kalymnos. At least it looks like it and at some spots you got some tufas you can climb along. The weather here was really something tho. we would start very early in the morning so we could climb in the shades, often (if we find a spot) have a noon nap in a cave and then go home. We would stay at a cave over noon, because it just gets too hot everywhere but in the caves. Its stays shady and cool in them.

After a great week of climbing of we go to the next spot. Cappadocia. We stayed here at the nice and friendly Kose Pension. We took a spot a the dorm on the roof top which is really nice. One morning I was able to catch some hot air balloons flying over our heads with the sun rise. So pretty. I believe you can ride one of those at around EUR 120,-. Cappadocia is a beautiful city with amazing stone/sand formations. As far as I understood it has a religious background with lots of churches being there. My now husband proposed in this city, near a church, under an apricot tree.

Our last and final spot was Istanbul, again by bus. We only stayed here for one night I think, as we are not the biggest fan of big and crowded cities. We did went bouldering the other day at boulderistanbul.com. We went in the middle of the day on a weekday, so no one but us was really around. In our case this was great, because we had the whole space to ourself's. 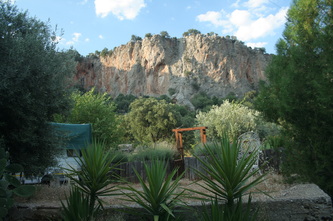 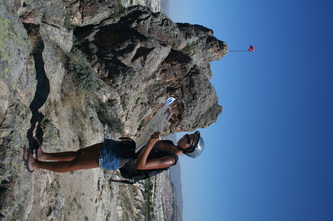 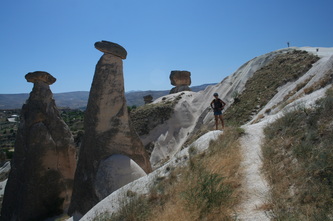 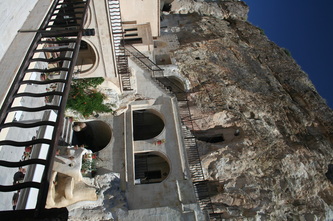 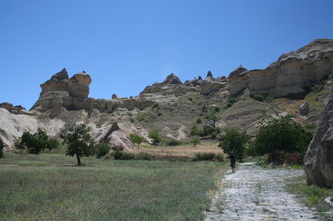 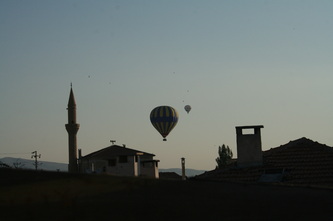 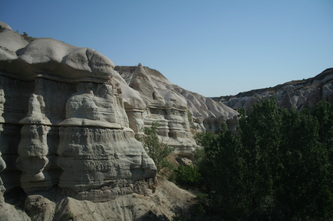 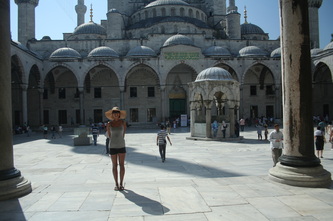 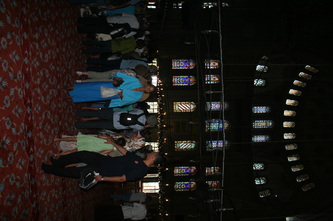 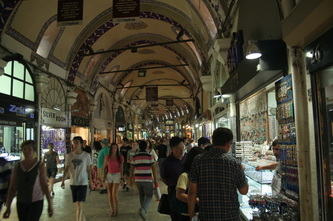 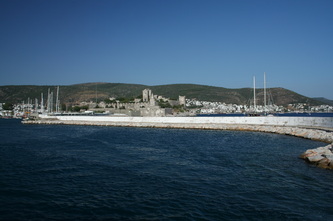 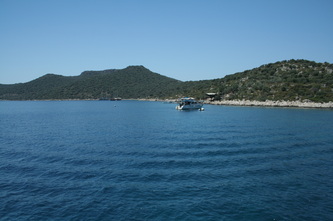 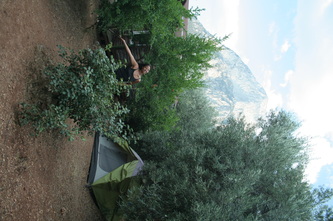 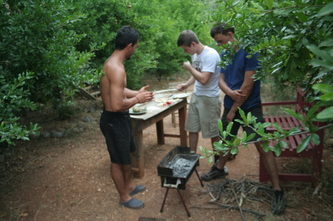 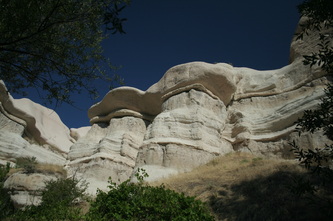 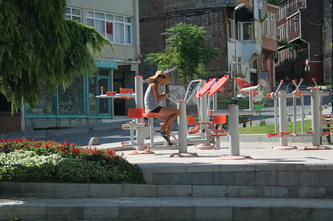